Close Menu
David Charlip, B.C.S. Has Been Featured In:

INJURED ON THE VIKING SKY CRUISE SHIP IN STORM OFF OF NORWAY? 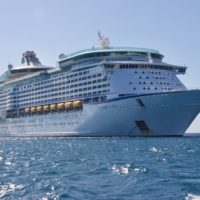 (IF YOU THINK THE STORM AND RESCUE WAS BAD WAIT UNTIL YOU LEARN HOW DIFFICULT IT IS TO SUE VIKING!)
The recent headlines have been overflowing with pictures, videos, tweets and news reports about the crippled Viking Sky caught in a vicious storm off of the coast of Norway. On Monday, Norway’s government announced an investigation into why the ship had left port in the first place despite storm warnings. There are also questions surrounding why three of the ship’s four engines lost power and what was done to restart those engines after the seas calmed. With nine people from the cruise reported to have been hospitalized on Monday, including one in critical condition, lawsuits against Viking seem likely. Nevertheless, such prospective plaintiffs need to understand and appreciate that the quest to obtain compensation for the damages and injuries they have suffered will not be “clear sailing”.

One must first start by reviewing the terms and conditions of Viking River Cruises, I nc.’s Ticket Booking And Sale Contract. It provides, in part:

These Terms and the Privacy Policy apply to all visitors, users, and others who use the Access Points to access the Services (“Users”).This contract for the booking and sale of your cruise (“Contract”) is solely between you (the passenger on a Viking cruise) and Viking River Cruises, Inc. dba Viking Cruises and Viking Ocean Cruises (“Viking” or “we”) WHICH ACTS SOLELY AS A SALES AND MARKETING AGENT for the Carrier of the ships described in the Viking cruises brochures, website or any other promotional material (“Viking advertising”) and for all travel Services, including land, air and water transportation, accommodations and excursions which comprise a Viking cruise , all of which are purchased from third-party providers unrelated to Viking. Viking neither owns nor operates any vessel or other means of transportation, accommodations or other travel or leisure facilities. Viking assumes no responsibility or liability for acts or omissions of those persons providing travel Services, accommodations or any other element of a Viking cruise. SPECIFICALLY, IN MAKING A VIKING CRUISE FARE DEPOSIT OR ANY FORM OF APPROVED PAYMENT AS SHOWN ON THE INVOICE FORMING A PART OF THIS CONTRACT, YOU AGREE TO BE BOUND BY ALL PROVISIONS CONTAINED IN THE CARRIER’S PASSENGER TICKET CONTRACT TERMS AND CONDITIONS FOR YOUR VIKING CRUISE, WHICH IS ISSUED BY THE CARRIER AND GOVERNS YOUR RIGHTS AND RESPONSIBILITIES FOR DISPUTES ARISING DURING OR FROM THE CRUISE, INCLUDING SPECIFICALLY THOSE PROVISIONS RELATING TO VENUE, JURISDICTION, GOVERNING LAW AND DISPUTE RESOLUTION AS WELL AS LIMITATIONS OF LIABILITY.

So Viking claims it isn’t even the carrier, just a sales and marketing agent and you would have to look to your specific ticket contract to see who the carrier was for the Viking Sky. Reviewing the Passenger Ticket Contract (“PTC”), you learn that the “Carrier” is either: either Viking River Tours LTD, Viking Ocean Cruises LTD , Viking Ocean Cruises II LTD, or Viking Cruises USA LTD, each a corporation organized and existing in current good standing pursuant to the laws of Bermuda. The PTC goes on to state:

a. We shall not be liable for such death, injury, illness, damage, delay, loss or detriment caused by Act of God, war or warlike operations, civil commotions, labor trouble, interference by Authorities, perils of the sea, lurching of the vessel, or any cause beyond our control, fire, thefts or any other crime, errors in the navigation or management of the Ship or defect in or unseaworthiness of hull, machinery, appurtenances, equipment, furnishing or supplies of the Ship, fault or neglect of pilot, tugs, agents or independent contractors such as Ship’s physician, to you or other persons on board not in our employ or any other cause of whatsoever nature except and unless it is proven that such death, injury, illness, damage, delay or loss resulted from our act or omission committed during the course of the carriage and due to our fault or neglect or that of any of our servants or agents acting within the scope of their employment, and in that event our liability therefore shall not exceed those limitations provided by the applicable law described below, or in any further revisions, protocols and/ or amendments thereto as shall become applicable.

Viking will likely claim that this was a “shipping incident” and that it had no fault or neglect, thus limitingdamages to approximately $352,000. If fault is proved, the damage limitation would be increased to approximately $564,000.

The PTC also limits where suit may be brought, what law applies and the time limit for bringing suit. In that regard, the PTC states:

WHERE SUIT MUST BE BROUGHT:

ANY DISPUTE ARISING OUT OF OR IN CONNECTION WITH THESE PASSENGER TICKET CONTRACT TERMS AND CONDITIONS SHALL BE DETERMINED BY THE CIVIL COURT OF THE CANTON OF BASEL-STADT [ZIVILGERICHT BASEL-STADT], THE JURISDICTION TO WHICH WE, AS THE CARRIER, AND YOU HEREBY EXCLUSIVELY SUBMIT OURSELVES. IF ANY ACTION IS INITIATED IN ANY COURT OTHER THAN THE COURTS IN BASEL SWITZERLAND, OTHER THAN THOSE OF MONTREAL IN THE CASE OF AN INDIVIDUAL RESIDENT OF QUEBEC, WE, AS THE CARRIER, AND YOU HEREBY AGREE TO THE IMMEDIATE DISMISSAL OR TRANSFER OF SAID ACTION TO THE COURTS OF BASEL, SWITZERLAND.

WHEN CLAIM NOTICE MUST BE GIVEN AND SUIT MUST BE BROUGHT:

So you would have six (6) months to put Viking on notice of your claim by sending it a detailed demand or notice letter and then, absent a settlement being reached before then, you would have to bring suit in Switzerland, THE CANTON OF BASEL-STADT [ZIVILGERICHT BASEL-STADT] within one (1) year.

This blog post will not get into the intricacies of Swiss Maritime Law, however as one can now appreciate, making and collecting on a personal injury claim against Viking in both complex and involved with many obstacles and limitations.

Should you or a loved one have been injured as a result of the recent incident involving the Viking Sky or on any cruise ship vacation, the experienced maritime/cruise ship injury lawyers at Charlip Law Group, LC are ready to assist you.