HAVE YOU OR YOUR LOVED ONE BEEN A VICTIM OF?

We’re Here To Help You Win

No Cost To Speak To Us About Your Case

WHAT MAKES US DIFFERENT?

An avid traveler, Mr. Charlip and his wife, who is a cruise line executive, have taken cruises throughout the world on many and varied cruise lines and, as such, Mr. Charlip has first-hand knowledge. Such experience is invaluable in comparing how different cruise lines address standard issues such as, tour management, warnings about wet surfaces, passenger safety warnings, ship’s security and many similar issues.

Because cruise ship injury cases all have a reduced statute of limitations by virtue of the cruise ship ticket contract, Charlip Law Group, LC has developed expedited procedures and customized legal software to expedite the presentation of settlement demands to the cruise line. Charlip Law Group, LC, always strives to maximize case value while seeking to minimizing the time between case intake and settlement.

David H. Charlip, B.C.S., the principal of Charlip Law Group, LC, is one of only 100 Board Certified Civil Trial Lawyers in Miami-Dade, with over 40 years of litigation experience. Mr. Charlip is very familiar with the complex legal issues that can arise when someone is injured while traveling. Such issues involve questions of jurisdiction, choice of law, principles of maritime law and international law and various international conventions. 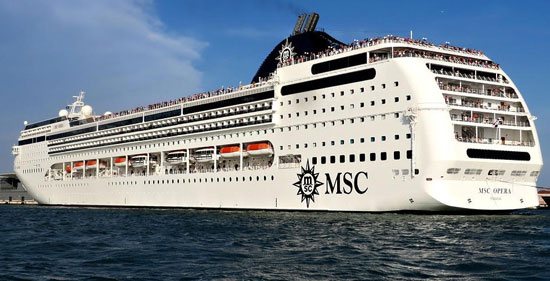 WHAT TO EXPECT IF YOU HAVE A CASE

Step 1:
Evaluate and Hire Your Attorney

Evaluating and hiring an attorney for your case requires an initial consultation over the phone at no cost to you. After the initial free consultation you can determine if you may have a case and if coming into the office is necessary. If you do not live near the office, everything can be done remotely. During your initial consultation, your attorney will want to learn as much information as possible relating to the incident surrounding your case. This includes information regarding you cruise line, any medical treatment, who else was involved, any witnesses, your insurance coverage if any, and information about your circumstances.

Step 2:
Your Attorney Will Investigate

After you decided to hire your attorney and you have signed a retainer contract, they will begin investigating your case. This process is called “discovery”, which consists of 3 forms of discovery – written, document production and depositions.

Step 3:
Deciding Whether to Settle

A settlement is when the person who is filing the lawsuit agrees not to pursue legal action in return for an agreed upon amount of money. Most lawsuits end in settlement. In deciding whether or not to settle, there are many factors to consider:

If a settlement is agreed upon, at Charlip Law Group we expedite the process to get you relief as quickly as possible AND at maximum case value!  Give us a call 24/7 to set up a free consultation at 305-257-9498 or fill out the form below.  We look forward to hearing from you!

There is No Cost To Speak To Us David H. Charlip, the principal of Charlip Law Group, LC, is one of only approximately 100 Board Certified Civil Trial Lawyers in Miami-Dade, with over 40+ years of litigation experience.

Mr. Charlip is also one of only approximately 135 Florida Civil Law Notaries. He has managed and litigated cases across the country in states such as Florida, California, Washington, Missouri, South Dakota, New York, Wyoming, Nevada, Indiana, Massachusetts, New Jersey, Illinois, Maine, Louisiana, and New Hampshire, to name a few.

Mr. Charlip has shaped foreclosure law through his trials and appeals of foreclosure cases and has been instrumental in advancing the law related to the cause of action for wrongful foreclosure in Florida.

As a thought leader in many areas of the law, he is a sought after speaker and frequent resource for the media, featured in The New York Times, Newsweek, Florida Trend, Channel 7 news, Miami Herald, Sun Sentinel, and Palm Beach Post to name a few.

Mr. Charlip has a primary goal – high quality, innovative legal work based on the cutting edge of the law that places the client’s needs first and wins cases. Throughout his legal career, Mr. Charlip has always advanced and secured his client’s interests with high integrity by adapting and even helping create laws to his client’s unique circumstances and positions. Charlip Law Group, LC, embodies and advances that philosophy while continuing Mr. Charlip’s standards of high quality legal representation.

Mr. Charlip received his Juris Doctor degree from the University of Florida with Honors where he was the Executive Editor of the University of Florida Law Review. He is admitted to both the Florida and New Jersey Bar, and is admitted to practice before the U.S. District Court, Southern District of Florida, including Trial Bar, Middle District of Florida, District of New Jersey, the Eighth Circuit U.S. Court of Appeals and the Eleventh Circuit U.S. Court of Appeals. Mr. Charlip is the author of numerous scholarly articles and is known nationwide.

What our clients are saying